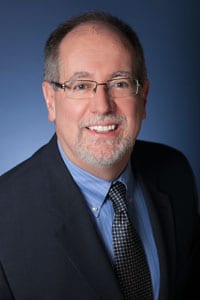 Paul McTaggart comes to ClientView following a successful career in technology and product development.  He has a long history of successfully leading technical organizations – particularly scientists and engineers developing products that incorporate advanced technology for the US military. Before founding Bay State Research, Paul held several executive level positions heading divisions and departments for both commercial and defense companies.

As Director of Engineering for the Land Systems Division of QinetiQ, Paul led an organization of approximately 100 engineers and scientists in developing a wide range of defense products for the US military, including unmanned systems (robots), armored vehicles, RPG defeat protection, and sniper detection systems. He led a highly successful effort to streamline the design and development processes and implemented an innovative training program for the division. In addition, he led efforts to identify R&D projects for company Internal Research and Development with the potential to become new product offerings, and then worked with teams to transition them to production.

As Director of Government Programs for Boston Power, Inc, Paul was responsible for identifying, developing, and implementing all government business for their advanced lithium-ion batteries product line.  He developed and implemented a business plan to secure funding for lithium-ion cells in the government sector. He established cooperative agreements with Army, Navy, NASA, Raytheon, GD, and many others to evaluate Boston-Power cells for hybrid applications. These efforts resulted in new program awards from NASA, Navy, Army Research Laboratory (ARL), as well as several commercial clients.

As Director of the Systems Engineering Department at Textron, Paul led a group of about 40 engineers of multiple disciplines responsible for the system design, software development, systems analysis, test and evaluation for advanced sensor, laser, communications, and munitions product lines for the US Army. He led an effort to Implement CMMI at the Textron facility and implemented an innovative Master of Science program in Systems Engineering at Textron in conjunction with Worcester Polytechnic Institute.

Paul is a licensed Professional Engineer (PE) in the Commonwealth of Massachusetts and a Certified Project Management Professional (PMP).  He is also an American Society of Quality (ASQ) Certified Reliability Engineer (CRE).

We have years of experience working for (and with) the Government, and helping others do the same.

Learn More About Us